Hmm where to begin with this one?

There, I said it! Why does it carry such a bad name? I mean, maybe it is just me but for some reason the idea of it is just insane. Pssssh whoever is part of an online dating site must be a wicked. major. total. losaaa.

Well my friends, according to my own thoughts: I am a wicked. major. total. losaaa.

So basically I was having lunch with a friend of mine (attacking a generously sized slice of pizza) when my friend, someone I consider to be very witty, interesting, beautiful and totally normal, dropped a bomb on me,

“So I went on a date with this guy I met from a dating site the other day.”

At this point my eyes bulged, my upper body leaned back in exasperation and my mouth full of pizza opened in such an ungainly manner that I was probably close to losing that exquisite bite of yumminess! My friend probably thought I was about to seizure and took protective measures by leaning over and knocking some sense into me, “haha Aub, relax!”.  So I did and as she continued on with her story I sat there in a confused and bewildered state, wondering what had the world come to that my terrific, sane, lovely friend has had to resort to an online dating site?!?!

She told me the name of the site and said, “You should check it out, there are actually a lot of normal, good looking guys on there. If nothing else, it will keep you entertained while at work.” I may have scoffed a bit and just nodded my head while thinking “ha I am so not one of those people…”.
Sure enough, 3 o’clock rolled around and instead of going for my daily piece of chocolate, I resisted the urge and made my way onto this infamous site.

I have been a member ever since.

Mostly, for entertainment purposes because if my friend was right about anything, it was that it sure can eat up a couple hours of your day! Holy snikies I sometimes find that just perusing thru various profiles takes up the whole train ride in! I have received many messages on the site, and a number of the guys have been actually pretty interesting and handsome men. However, it really is very different from meeting a guy at a bar or out at a social scene – it seems as though an ongoing complaint between fellow “cyber daters” is that some people do not look and or act as the way they look and seem on their profiles. The virtual world of dating is based much more on truly getting to know someone and less about physical attraction.

Proof: I was talking to a guy, who I thought to be very good looking and charming to boot. Well after a few weeks of chatting we finally got to the convo of “facebooking” one another (kind of funny, one social network to another – the progression of dating sure is changing). I have never been one to judge soley on looks and have dated some lookers and not so great lookers but let me tell you – this guy looked as much like the pics in his dating profile from his facebook pics as a frog looks like a horse. Bad analogy? Well you get my jist. Absolutely a different person. I was shocked and upset because here I was “getting to know” this man, only to find he was in a way decieving me… sound shallow? Well I suppose it is, but as we all know the attraction part does matter.

How do you all feel about online dating? I need some moral support here! 🙂  I know people who have had real success and who are not shy about sharing it with the world, why do I feel as though I am cheating the system by having an account? More importantly why do I feel like such a losaa? Thoughts?!?!?!

*Note – The site I am on is a free online dating service and if you would like the name of it, feel free to email me and ask 🙂

Oh and on another note, guess what I will be riding in, this Saturday? 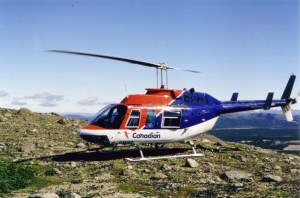 Penny for your thoughts? Cancel reply